Maurice Wohl was born and raised in London and educated at the City of London School. His faith and upbringing played a huge part in the evolution of his philanthropy.

His father had trained as a Rabbi and the spirit of giving which his parents embodied was something Maurice was destined to continue. No one who came to his parents’ door asking for money, food or shelter was ever turned away. When Maurice and his sister Ella questioned how their parents identified the truly deserving, their mother explained: ‘If you give to twelve and only one is genuine then it is still worthwhile.’

Maurice followed his father into the property business and in 1948 he established his own company, the United Real Property Trust. In 1961 it was floated on the London Stock Exchange and by 1973 Maurice was listed as one of the top five property developers in the UK. As his wealth increased, he continued to live by the ideals of generosity which had so influenced his upbringing, and in 1965, with his father’s encouragement, he established the Maurice Wohl Charitable Foundation.

Vivienne Horowitz was the daughter of Maurice’s friends and she worked for a time as the assistant in his office. She seemed to have caught his attention when one day, as they were walking together down London’s Bond Street and Maurice handed a coin to a beggar, seeing this Vivienne asked him to give the man more money and to take it out of her pay packet.

They were married in Jerusalem in 1966. From the outset, they were devoted to one another and passionate in their shared desire to make the world a better place. Their different characters complemented each other; where Maurice was contemplative and reserved, Vivienne was outgoing and gregarious. They were a remarkably happy couple.

Maurice always said that giving privately to individuals was a priority and, together, he and Vivienne would actively seek out people to support. He would read a story about someone in the newspaper, for example someone needing medical treatment abroad, and would track them down in order to help them. Such donations were often lifesaving for the individuals in question and were given without any expectation of recognition.

Prior to Vivienne’s death from cancer in 2005 at the age of 59, they decided to establish the Maurice and Vivienne Wohl Philanthropic Foundation as a reflection of their lifetime of philanthropic activity. Maurice died in 2007, aged 90. He was buried in Jerusalem next to his beloved wife.

Though modest to the core, having the Wohl name on public projects was very important to Maurice as a way of honouring his parents and leading by example: ‘If we let people know we are giving, they will be inspired to give.’ This inspiration lives on, in the projects they created around the world and in their Foundations, which are an enduring legacy of their giving. 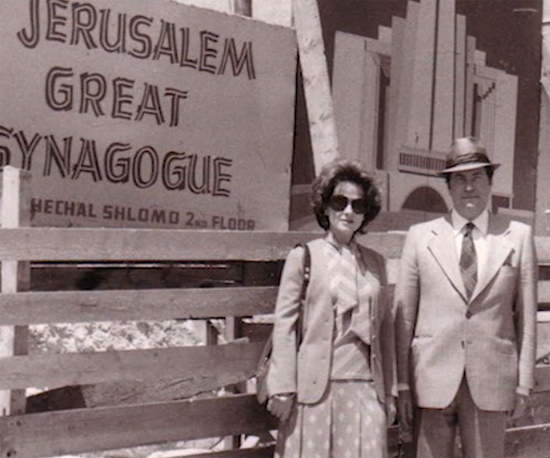 A three-minute film, celebrating the life and work of Maurice and Vivienne to commemorate the 2016 anniversary of their 50 Years of Giving 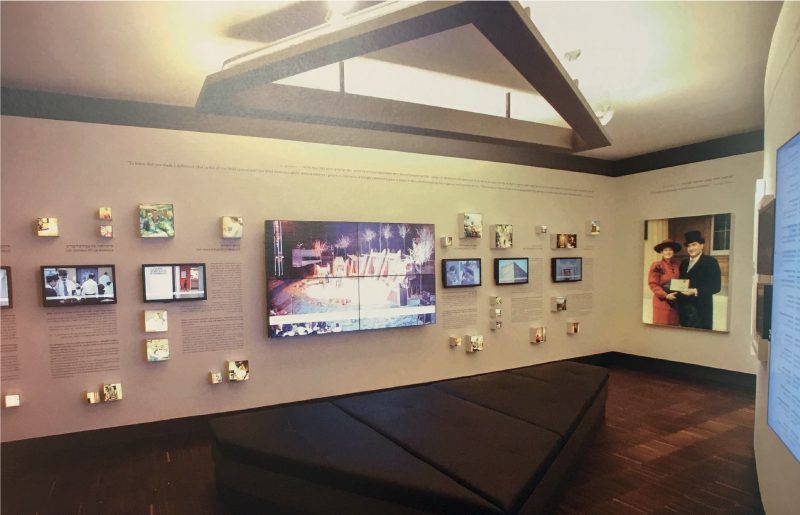 The Wohl Legacy Room at the Jerusalem Great Synagogue, opened in 2012, in tribute to Maurice and Vivienne Wohl. The room contains photos, video footage and archive material spanning decades of giving, to inspire others to continue in the footsteps of charity and community responsibility.

The Wohl Legacy published a book to mark the anniversary of 50 Years of Giving. It tells the story of Maurice and Vivienne Wohl, their commitment to giving and the foundations’ ongoing philanthropic journey.

Maurice and Vivienne Wohl left us a powerful legacy of caring for every Jew in need, with compassion, respect and devotion