Maurice and Vivienne were responsible for creating some outstanding cultural landmarks both in Israel and in London.

While the trustees of the Wohl Legacy no longer regularly offer funding in this area, we still provide occasional one-off grants. Two special arts awards were made in 2015, to the Royal Academy and The National Gallery, to mark the 50 Years of Giving anniversary, in recognition of Maurice and Vivienne’s passion and patronage of art and culture in their lifetime. 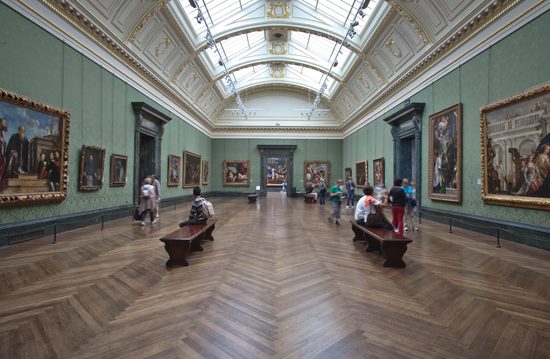 The National Gallery was the joint winner of the Wohl Arts Competition, that took place in 2015, to celebrate the 50th anniversary of the philanthropy of the late Maurice and Vivienne Wohl

The soul needs to rest and relax its senses, for example by admiring paintings and other attractions until it is no longer fatigued